Eiji Toyoda, who was the the fifth president of Toyota Motor Corporation and the nephew Toyota founder Sakichi Toyoda, once commented "People are the most important asset of Toyota". This is most evident when you visit Cessnock Toyota, where our team of employees will work together to not only make sure your experience is pleasant, but also memorable. Lets have a quick look at some of the people you might meet.

At delivery of your new vehicle you will be introduced to Vernon Lucas who has been a Service Advisor with us since June 1986. Obviously, over this time Vernon has one countless awards not only with Toyota but also with the Cessnock Chamber Of Commerce for his service to the industry. He is currently ranked as a Service Specialist with Toyota so that you can rest assured that your new vehicle maintenance is in safe hands. 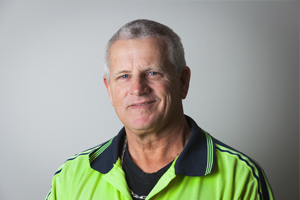 But the most important person at the dealership is Allen Saunders. He has been a New Vehicle Detailer with Cessnock Toyota since August 1973! He is the person charged with making your new vehicle look pristine. He has a great sense of pride in his work and his eye for detail ensures that you won't be disappointed.